I just got back from a hometown visit and had a VERY pleasurable stay as usual. I am extremely “into” my family so I really LOVE going home and spending some quality time. It was just like most visits but there was one specific moment, that I made happen, that was so touching I just HAD to share! This story is the perfect instance of why technology isn’t only just important but truly fascinating!

I will give you some back story first so you can fully understand what happened. About 3 months ago, a first cousin of mine, Tara, who lives in Melbourne AUS found me on Facebook. It was such a JOY and thanks to social media she was able to find me in a flash. The reason we have never met is that I’ve never been to Australia or her to the US. Her father is my father’s brother, George. My father is the youngest of 12 siblings and the only one who lives in the states. My uncle George left Greece and moved to Melbourne with his then new wife in 1962, when my father was 16. That was the last time my father saw that brother. All the rest of the siblings still live in Greece and my parents go back every summer to visit and vacation. He has spoken to my uncle George on the phone but not that often as it used to be so expensive to call with a landline to Australia. That being said, my cousin and I decided that on my next trip back east to my parents, we would arrange a Skype call between our parents. Of course we are the ones that needed to coordinate this since both of our parents don’t even know how to turn on a computer never mind send an email.

On Friday night April 23rd 11:30pm EST (April 24th 1:30 pm AUS time) I had my father and one of his other brothers who was also in the country visiting in front of the computer ready to call. As much as I explained to them what was about to happen, I still don’t truly think they believed it. Tara called me and we set up the video chat. My uncle George, his wife Zmoro and my cousin Tara were all on the other end while it was me, my dad and my other uncle Stelio on our end. They just looked at each other in disbelief. They instantly started chatting and teasing one another as brothers do. As I sat and witnessed this my eyes started to fill up. My father looked at me and said “ it’s been over 40 years since I have seen my brother, I can’t believe I can just see him in the computer,” it was so touching (and adorable!). I was so grateful Tara and I were able to make this magic moment happen. The call went on for over an hour and they were just so happy to see and talk to each other. 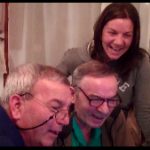 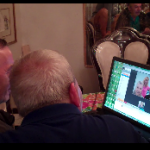 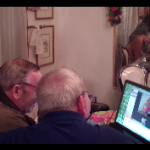 Sometimes I do think that all of this technology can be a little too excessive. I say this because I grew up without it until my early 20s and my life was fantastic. But now that I “get” social media, internet marketing and what the internet has provided for us, I truly do appreciate technology. But last week when we made this Skype call, that is when I viewed technology in an entirely different light. Bringing families together! Who would of thunk!?

Here’s a quick 2 minute video of the actual event taking place…it’s absolutely adorable! And I apologize as most of the dialogue is in Greek.

I hope this post may inspire any of you that has some long lost family out there to try and find them….connect with them! Just because geographically it seems impossible to build or maintain a relationship, now you can see that is just a story or an excuse. I hope you enjoyed this post and if something similar has happened to you PLEASE share it in your comment below. I LOVE hearing stories like this!

Yours in True Health and Happiness, 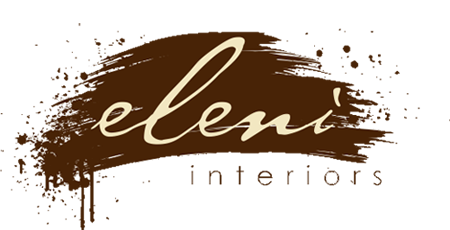